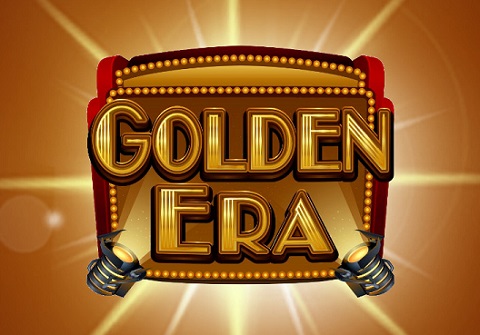 Using bold designs in bright colours, the Golden Era slot from Microgaming recalls a bygone Hollywood age. The 3D symbols and game locations reflect the look and feel of 40s Tinsel town, when stars were only seen at their glamorous best.  Golden Era plays on five reels with 15 fixed bet lines. The bet per line can be as little as 1 coin, making it accessible to all pockets.

Golden Era offers two bonus features. What makes it different from most other slots is that instead of having separate triggering symbols, both these bonuses are activated by the same Scatter combo. Each time the player scores a bonus game, they get to choose between the two bonuses on offer.

Unlike slots being chosen here, a refreshing change in Golden Era is that the usually ubiquitous Poker symbols have been ditched; all the game’s icons relate to movie stars and movie making. Inanimate objects make up the low-value symbols: movie tickets, Walk of Fame handprints, a film reel, a movie projector, an award and a two-tone old-school limousine. Three movie tickets win 5X the line bet, while the top prize among these icons, for five limousines, is 200X the bet.

Scatter Comes with a Choice

The Golden Era Scatter, a movie clapperboard, increases wins in two ways. For two or more Scatters anywhere on the reels, players win a multiplier of the total bet. This starts at X1 for two of a kind, increasing to X5, then X20, and an impressive X1,000 for five Scatters.

Three or more Scatters also trigger a bonus round, where players face a choice: Free Spins, or the Double Feature Bonus. They can choose 12 free spins with the added Embracing Wilds feature, or play the Double Feature game. This option takes the player to another screen: a wall of classic movie posters. Players choose from the 10 posters to reveal cash prizes or a multiplier of the overall bonus win. Players continue to choose posters until they pick one that gets bombarded by a rotten tomato, which ends the bonus round.

The words Golden Era or Wild, picked out in spotlights on cinema marquees, serve as the title’s Wild. Apart from its standard power to replace all other symbols other than the Scatter in wins, Wilds also score prizes for combinations of three or more in sequence from Reel 1 on the same pay line. Three Wilds win 50X the bet, four Wilds, 500X, and five Wilds, 5,000X.

When the free spins bonus is selected, a feature called Embracing Wilds kicks in. The actor and actress become full-length Wilds covering a whole reel. They appear on Reels 1 and 5 for the first free spin, then move in to Reels 2 and 4 on the next spin. They finally embrace on Reel 3 on the third spin; a sequence that repeats over the 12 free spins. Embracing Wilds double any wins in which they feature.